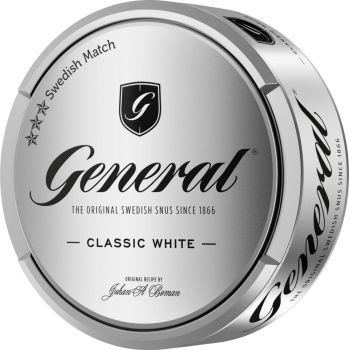 Information about the product - General White Portion
General White Portion is a white version of the classic General Portion. With its rich and spicy flavor of tobacco, where you will also find hints of citrus-like spice bergamot and tea, dried grass and leather. The combination of spiciness and sourness makes snuff balanced. White-serving the snus is dry on the outside and flows minimal but damp inside so that the taste is prolonged.