Göteborgs Rapé Hjortron (cloudberry) has a taste of cloudberry that spins on other varieties such as lime, juniper and sea buckthorn. Hjortron gives the typical rapé flavor" a sour touch of cloudberry and an ounce of lime." 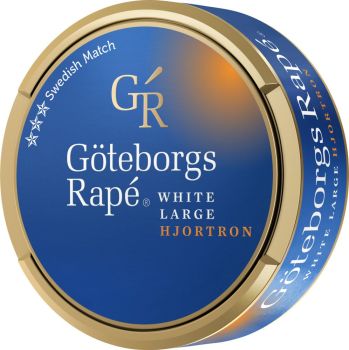