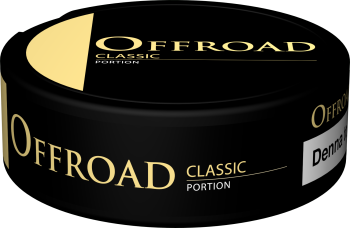 Phantom logo embossed in the gloss plastic lid but, enough about the can; you’re here for the tastes so, let’s take a look! Phantom Classic’s flavor is unique in the sense that unlike most of V2’s snus flavors, Phantom Classic has a relatively melow taste. V2 is pretty much known for their intense flavors but with Classic, the flavor is of pure tobacco and salt

Classic: Has as tradition snus aroma with a slight peppery taste and hints of citrus
Blue: Has a slightly sweet flavor and fresh hints of juniper and other herbs.
Brown: Has a traditional snus aroma with a robust flavor of pure tobacco and smoke.
hantom Classic portion snus is a regular type portion snus made by V2 Tobacco in Silkeborg, Denmark. Even though Phantom Classic portion is made in Denmark, it’s manufactured to the high standards that snus made in Sweden